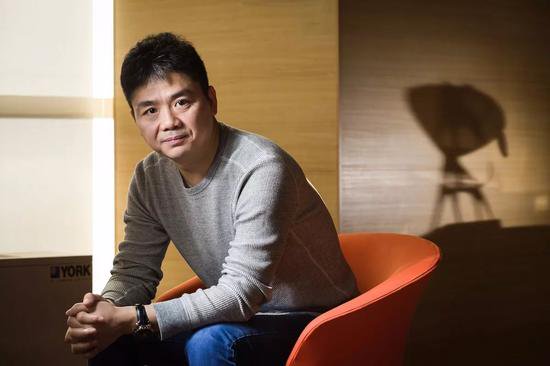 Richard Liu Qiangdong spent most of his childhood with his grandmother while his parents worked. Liu learned a lot from his grandmother, including how to make something from nothing. Liu’s family was poor, and he would help his grandmother cook the family meals from what few staples they could afford.

Although his worldview was limited, as a child, Qiangdong had big dreams. At first, he thought he wanted to be the head of his village. Liu did not want power. Instead, he wanted to make sure every person in his village had enough food to eat.

As Richard Liu continued to grow, so did his curiosity. He led a school field trip to a government building to see electricity for the first time. When in middle school, Liu took himself to see a skyscraper. He knew he wanted to travel the world.

Though he had no money, that did not stop Liu from applying to some prestigious schools. Thanks to his exceptional grades, Liu Qiangdong was accepted to the Renmin University in Beijing. The villagers gave him money for the train ticket and food for the trip.

While at school, Liu found he had time to pursue other interests. He taught himself computer programming. Liu quickly learned that computer programming was a lucrative business. He soon saved up enough money to purchase his family a home and himself a phone and computer. Visit this page for additional information.

After he finished school, he went to work for a couple of companies before starting his own. However, his stores were closed because of the SARS outbreak. Thanks to his business sense and computer knowledge, he turned to the internet to continue his business. JD.com was started, and Liu has not looked back.

Richard has managed to accrue a few important accolades over the years Richard Liu has been featured as an Honoree in Variety 500 website entitled, “JD.com Richard Liu; Founder / Chairman / CEO”, as a result of his persistence, innovation, and hard work.

More about Richard Liu on https://medium.com/@liurichard